The 2013 Consumer Electronics Show (CES) was underway earlier this week in Las Vegas, with more than 2,700 global technology companies displaying electronic goods, smartphones, tablets and more for the digital American.

One of those companies was Christie Digital, a CCS Presentation Systems partner, which used the setting to show off its latest technology to surprised college football fans. Christie announced that it would project the ESPN 3D telecast of the BCS National Championship Game using its state-of-the-art 3D digital cinema projectors. 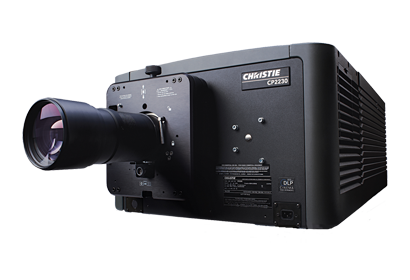 The game was shown during a CES viewing party in the Las Vegas Hilton Theater and many felt that the 3D projection with ESPN’s 3D sports coverage of the game represents a new leap forward in the future of live-screen sports television. People in the audience were wowed with the dazzling digital luminosity afforded by the two powerful Christie Solaria™ Series CP2230 3D projectors with RealD XL Cinema Systems lighting up the screen.

“Watching sports in 3D adds an exciting new dimension to ‘the thrill of victory’ that a 2D image cannot provide,” said Craig Sholder, vice president, Entertainment Solutions, Christie in an accompany press release. “Christie 3D digital cinema projectors are found in theaters around the world, entertaining a new generation of moviegoers with exciting 3D feature movies, as well as alternative content that includes musical performances, theater and other entertainment and cultural events. Digital 3D is especially ideal for coverage of the world of sports, where fans want action that is literally ‘in your face.’”

Using Christie’s CP2230 was a no-brainer, according to the company. Christie claims it is arguably the brightest digital cinema projector available, offering crisp, clean images from the farthest distance to meet the needs of the most demanding 3D installations.

This is an important development in today’s movie theater projection. Christie Digital detailed some of the 3D options open to large venue theater operators in a recent white paper. Choosing the right projection technology has the greatest affect on image quality, as well as on other factors important to theatrical exhibition, including functionality, reliability and cost of ownership.

If you’re a business seeking digital projection for your business or theater operation, contact CCS Presentations for insights, consultation and installation. We will work for you in determining your needs, the ideal setup and the appropriate price points.