The goal of the project was to boost the casino’s high definition audio visual system and set them apart from every other casino in New Mexico. Key focus areas were the Legends Theatre and the Envy Nightlife space, all housed within the Route 66 Casino.

CCS gave the Legends Theatre at Route 66 a massive overhaul of its video projection system—installing a 30-foot wide screen and three high definition projection systems, which were upgraded to 1080 source and switching. For the Envy Nightclub project, CCS implemented a top-of-the-line sound system featured eight full range high performance loud speakers and an amplifier indoors as well as four full range outdoor speakers and another amplifier. 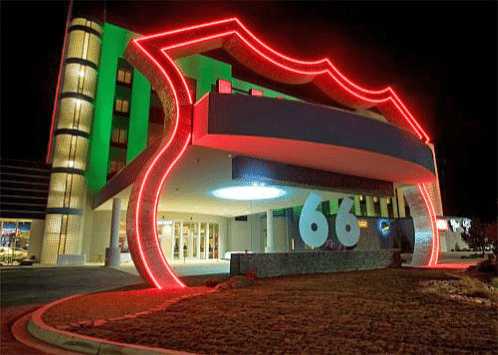